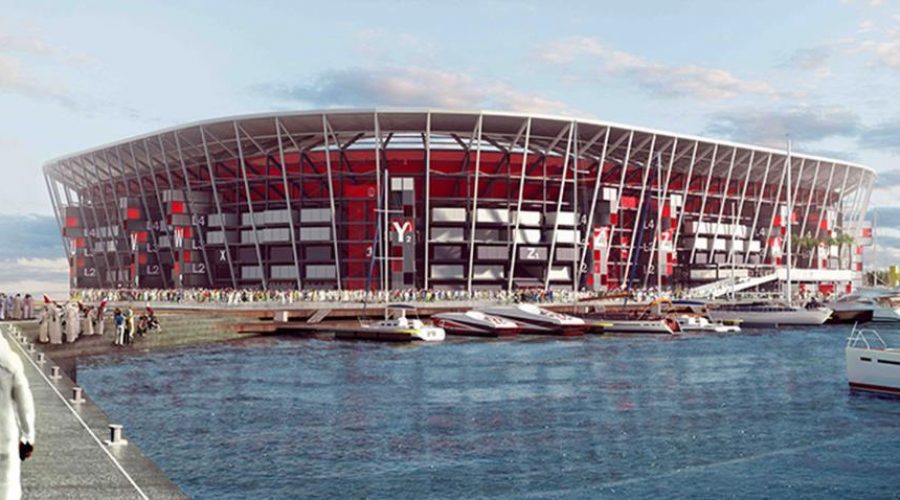 The stadium has removable seats and modular building blocks. Shipping containers will be repurposed to contain important functions such as staircases and bathrooms. The modular design is sustainable due to a decrease in usage of construction materials that is achieved by using pre-fabricated materials. Overall, the benefits of these design elements have reduced the project’s carbon footprint and also allowed for the stadium to be dismantled and re-located once the FIFA World Cup is over.

Design inspiration: A beacon of innovation and sustainability on the shores of the Gulf
2022 matches: Up to the quarter-final stage
2022 capacity: 40,000
Legacy: A seafront development on the stadium site and multiple sporting facilities around Qatar
Legacy capacity: 0 (fully demountable stadium)

Ras Abu Aboud Stadium (Arabic: استاد راس أبو عبود‎), is a proposed football stadium that will be built in Doha, Qatar in time for the 2022 FIFA World Cup.

It has a planned capacity of 40,000 spectators and will be situated on an artificial promontory. It will build to a modular design, using recycled shipping containers, and is set to be dismantled after the 2022 World Cup concludes. 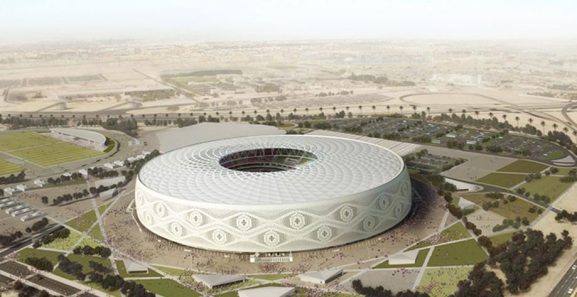 Al Thumama Stadium is a football stadium in Al Thumama, Qatar. The seating capacity of the stadium is 40,000. The