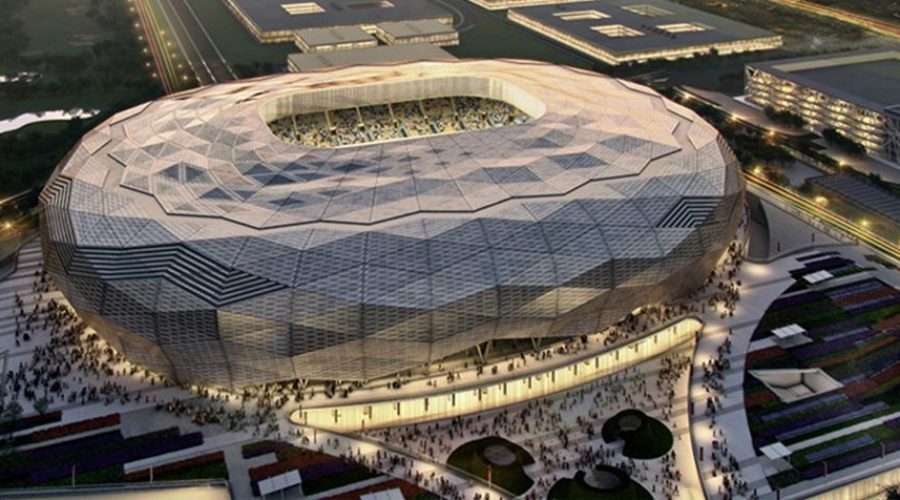 Education City Stadium, located in Al Rayyan, Qatar is another attraction of World Cup 2022. The seating capacity of the stadium is 40,000. The design of the stadium shows the rich Islamic culture. The transport facilities via metro, road are available.

Education City Stadium (Arabic: استاد المدينة التعليمية‎), is a football stadium which is located in Al Rayyan, Qatar, in time for the 2022 FIFA World Cup. Education City Stadium takes the form of a jagged diamond. The 45,350-seat stadium will be located in the midst of several university campuses at the Qatar Foundation‘s Education City. It should be easily accessible for fans both in Qatar and in neighboring Bahrain, which will be only 51 minutes away from the stadium by high-speed rail. Following the FIFA World Cup, the stadium will retain 25,000 seats for use by university athletic teams. On 3 September 2020, the stadium hosted its first official match played under the 2020-21 Qatar Stars League.

With 20 percent of its building materials identified as green, the stadium is among the world’s most environmentally sustainable stadiums. In May 2019, Education City Stadium received a five-star GSAS rating.

The Design and Build Contractor is JPAC JV, who appointed Pattern Design as the lead design architect and Buro Happold for engineering design.

On 30 September 2019, FIFA announced the 45,360-seater Education City Stadium as the host of the third-place play-off and final at the FIFA Club World Cup Qatar 2019. The stadium would have hosted Liverpool’s opener in the semi-finals, but on 7 December 2019, the official opening of the Stadium was postponed until early 2020. Liverpool’s opener, the final, and the third-place playoff were moved to the Khalifa International Stadium in Doha.