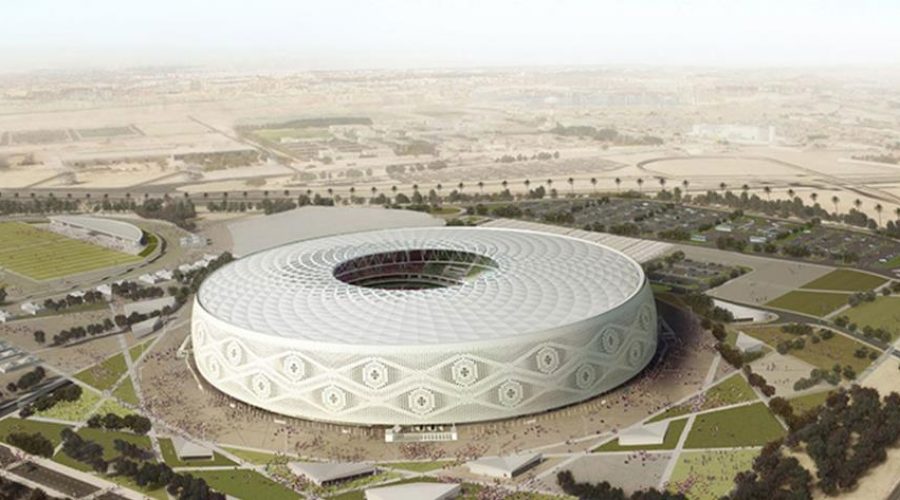 Design inspiration: The gahfiya (traditional woven cap) worn by men and boys in the Middle East
2022 matches: Up to the quarter-final stage
2022 capacity: 40,000
Legacy: Home of a local football club
Legacy capacity: 20,000

Al Thumama Stadium (Arabic: ملعب الثمامة‎ Malʿab ath-Thumāma) is a football stadium currently under construction in Al Thumama, Qatar. It will be the venue of the 2022 FIFA World Cup in Qatar.

The Al Thumama Stadium is one of seven stadiums, which are built for the FIFA World cup Qatar 2022. It is located near Hamad International Airport. A joint venture between Al Jaber Engineering of Qatar and Tekfen Construction of Turkey is significantly involved in the construction work. The architectural design, by the Chief Architect of Arab Engineering Bureau Ibrahim Jaidah, takes its inspiration from the traditional taqiyah hat, a traditional cap which is worn by men and boys across the middle east. A 50,000 square meter public park will surround the stadium. The stadium has a capacity of 40,000 seats. Its completion is expected for 2021. Its completion is expected for 2021.

Ras Abu Aboud Stadium is the most innovative football stadium in Doha. The capacity of the stadium is 40,000. The