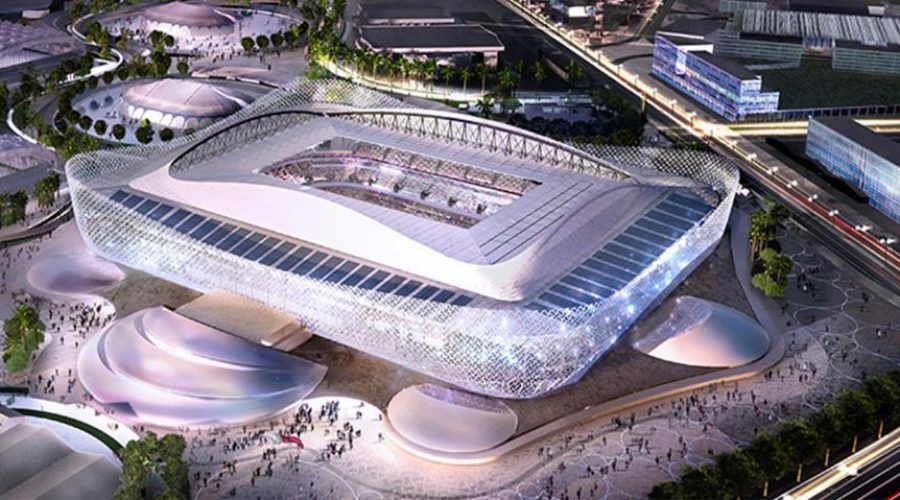 Design inspiration: Qatar’s story – the importance of family, beauty of the desert, and native flora and fauna
2022 matches: Up to the quarter-final stage
2022 capacity: 40,000
Legacy: Home of Al Rayyan Sports Club
Legacy capacity: 20,000

Ahmed bin Ali Stadium (Arabic: ملعب أحمد بن علي‎), is a multi-purpose stadium in Al Rayyan, Qatar, that is home to Al-Rayyan Sports Club and Al-Kharitiyath Sports Club. The stadium, built-in 2003, had a seating capacity of 21,282.

View of the former Ahmed bin Ali Stadium in 2015, prior to its demolition to make way for the Stadium.

A new stadium was built in the place of Ahmed bin Ali Stadium for the 2022 FIFA World Cup, which Qatar will host. The renovation includes a huge ‘media facade’ with a membrane that will act as a screen for projections, news, commercials, sports updates, current tournament information, and matches. Seating capacity was increased to 40,740,  and all seats were shaded.

The construction of the new stadium was ongoing since the beginning of 2016. This is being done by the joint venture between Al-Balagh and Larsen & Tourbo.

The inauguration of the stadium took place on the 18th of December 2020, which was Qatar’s National Day, and exactly two years before the country hosts the 2022 FIFA World Cup final.